In December of 2018, the Nevada State Teachers of the Year (NVSTOY) created an organization of uniquely qualified education professionals committed to enhancing the educational experience in the Silver State. As a chapter of the National Network of State Teachers of the Year (NNSTOY), we network with organizations that impact educational practice and policy to support education professionals and their learners. We proudly teach Nevada’s future today.

Nevada State Teachers of the Year (NVSTOY) is an independent organization that provides a network for its members who represent and advocate for teachers and students in the state of Nevada.

Pilar Biller (2018, Washoe) is a National Board Certified Teacher and 21-year veteran with a broad range of experience in education. She has been a first, third, and fourth grade teacher at Title I schools and has taught the Visual Arts at elementary, middle, and high school levels. Pilar holds a B.A. in Art from Gonzaga University and a Master of Arts in Teaching degree from Sierra Nevada College, where she developed an inquiry-based art curriculum that promotes innovation, critical thinking, and problem-solving abilities. As a PBIS team leader, SEL site trainer, and Student Leadership teacher, Pilar has facilitated collaboration of teachers, administrators, and students to develop positive school culture and a supportive learning environment. Pilar is a member of the National Coalition for Safe Schools and has served on the Governor’s Statewide School Safety Task Force as part of the Student Wellbeing work group. She has collaborated with teachers, community arts professionals, and the Nevada Department of Education to revise the state’s visual arts standards and is an enthusiastic mentor for pre-service and new teachers in curriculum development, engagement strategies, and classroom management. Pilar currently serves on the Superintendent’s Teacher Advisory Cabinet with the Nevada Department of Education, leads ongoing professional development for district art teachers and has presented at state and national education conferences.

Deanna LeBlanc (2012, Lyon) has been an educator for 18 years including work as an elementary school teacher, special education teacher, and instructional coach in Northern Nevada. She currently teaches middle school science and serves as her department chair at Carson Middle School. Deanna was named the Nevada State Teacher of the Year in 2012 because of her work with struggling learners in her general education classroom. Working to grow every student continues to be her passion. In 2014, she earned a Master’s degree in STEM Education for Elementary School as part of the Lemelson cohort at the University of Nevada, Reno. She co-founded the Fernley STEM Council and worked to implement the renowned Fernley STEM Festival from 2013-18. She has also served on the State Department of Education’s Advisory Council for Family Engagement and was a board member for the Nevada STEM Coalition. As a founding member of NVSTOY, Deanna seeks to better support her fellow educators and Nevada’s students by elevating and advocating for the profession.

Richard Knoeppel (2019, Clark) has been a classroom teacher for over thirty years and has taught 11th and 12th grade architectural design at Advanced Technologies Academy in Las Vegas for the last twenty-four years, where he serves as the Career and Technical Education (CTE) Department Chair. The Architectural Design program at Advanced Technologies Academy is the only CTE program in the State of Nevada to be recognized by the National Directors of Career and Technical Education receiving an AdvanceCTE Excellence in Action Award in 2016. Richard has been a member of the Nevada STEM Advisory Council since 2013 and has served on standards and assessment writing teams for the Nevada Department of Education Office of Career and Technical Education. Richard is a 2019 National Teachers Hall of Fame Inductee and the 2019 Nevada Teacher of the Year. Richards other acknowledgements of his teaching excellence include recognition as a 2017 Nevada Teacher of the Year Finalist, 2014 Magnet Schools of America Region VIII Teacher of the Year, and induction into the Clark County School District Excellence in Education Hall of Fame in 2007. Richard is a Teach Plus Nevada Teaching Policy Fellow and a graduate of the Clark County Public Education Foundation Teacher Leadership Academy through the Leadership Institute of Nevada. He graduated from SUNY Oswego with a BS in Industrial Arts Education 1987 and an MS in Technology Education 1988.

Pam Ertel (2017, Douglas) Elementary teacher- 36 years and still going! Why do I teach? I can’t imagine doing anything else. This is what I’m supposed to be doing. Working with elementary students brings me joy! I love watching students “get it” after persevering to figure out a math concept or to become a better writer or reader. It is both a creative venture and a meaningful calling. Outside the classroom, I’ve taught other teachers as a math leader, about new district science kits, and through Project WILD.Extracurricular activities for students include writing club, math camp, recycle club, and garden club in our school garden.

Pat Rowe (1983, Pershing) is a retired teacher who taught first grade in Lovelock, Nevada for 43 years. She also served the school district as a member of the Nevada Course of Study revision team, the Nevada 2000 team, and the classroom teachers association.  Pat received the Milken Educator Award in 1989 and is a member of ONE Nevada Outstanding Educator group.Pat was an active member of the National State Teachers of the Year (NSTOY) for 25 years serving as President, Vice President, Secretary, Treasurer and Executive Director. As an active member of the National Network of State Teachers of the Year, she chaired a national conference at Lake Tahoe and served on the committee to host the national conference in Las Vegas.Pat has been a Lovelock City Council member for 10 years. She chairs the Pershing County Coalition, is a member of the Pershing County Economic Development Committee, and the Western Nevada Development District. As Recreation Director, Pat has run the Lovelock Swimming Pool for over 45 years and is a Swim Team coach for nearly 100 children from age five to eighteen. She also volunteers her time to keep score at volleyball games, track meets and served as cheerleader advisor. “Education and children have been my life and I continue to advocate for all children. It is my pleasure to serve on the newly formed NVSTOY group board as an advisor.  Nevada has outstanding educators and we need to honor them each day.”

John Tierney (2016, Elko) is a retired classroom professional who taught history and civics for over three decades. John began his teaching career in the East Bay of California. For six years he taught “at risk” students and adults in Fremont, Oakland and Union City before moving to Elko, Nevada to teach at the middle school level. While teaching in Elko he earned a summer education opportunity at Harvard at the Media and American Democracy conference. The following summer he was named as a facilitator for the conference and a few years later returned to Harvard to work with Project Zero. After earning his masters from American Intercontinental University, he was named an Annenberg fellow and studied at the Constitution Center and the University of Pennsylvania.  John served on several district committees designing grade systems and curriculum and was named Nevada State Teacher of the Year in 2016. In 2017 he was named the NEA Affiliate for the state as well as an NEA Global Fellow for China. Since retiring in the Fall of 2017, he has pursued bettering education within the state. He is President of the newly formed NVSTOY State Chapter of NNSTOY and member of the inaugural Superintendent’s Teacher Advisory Cabinet.

CCSSO Teacher of the Year Program 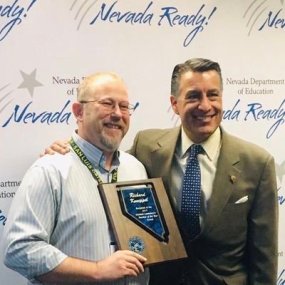 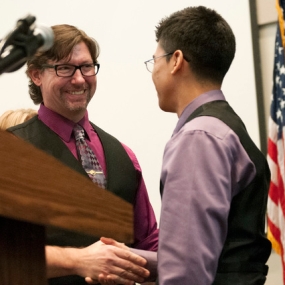 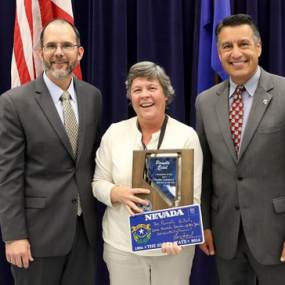 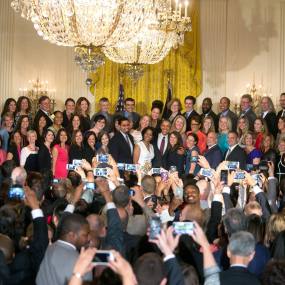 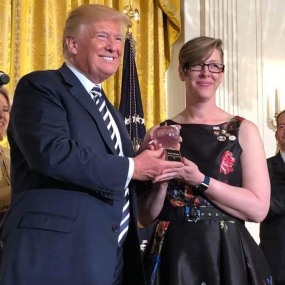 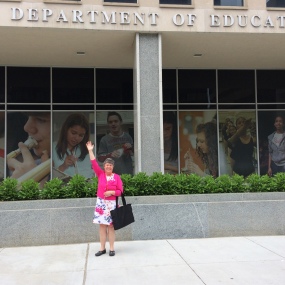 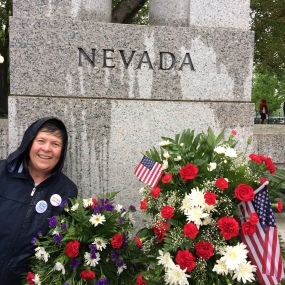 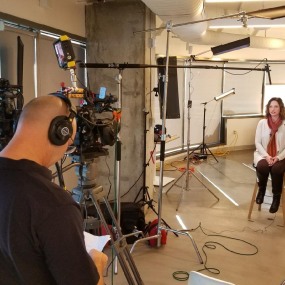